How do you translate the Bengali saying "Ma - Maati - Manush" (মা মাটি মানুষ) into German? "Mother, Earth, People"? Or is it better to keep the alliteration: "Mother, motherland, people"? Although strangely enough there is a mother tongue in German, but only one fatherland ... Or would you rather save yourself in the poetic joke: "Mutti, mud, people"?

A question of attitude. Which setting do I choose? This saying is about political propaganda, which is more like the childish excrement of language. "Ma Maati Manush": That was the campaign slogan published by the All India Trinamool Congress party for the 2011 elections, headed by mother country Mamata Banerjee, who is currently still acting Chief Minister of the Indian state of West Bengal. With this slogan, her party won the elections in May 2011, ending a 34-year-old uninterrupted democratic communist government.

In the spring of 2019, the communists and the supporters of the motherland no longer faced each other. Rather, the fatherland of President Modi has now spoken out on a massive scale. As in so many other countries, the left has been replaced by religious fanatics. I am describing a trip to Kolkata, a trip to West Bengal, viewed by a stranger who does not speak any of the many languages ​​spoken in this city. Which language can be understood more precisely with a look that has to remain external and cannot penetrate the grammar? I can at least understand the symbolic language of the gestures, the body. The language of street theater, of street theater. Our trip took place last October. West Bengal still has a strong identity, which many rightly see as threatened after the great Indian election in May 2019. Less than a month ago, the Bharatiya Janata Party - Prime Minister Modi's all-Indian party - won 18 seats in the last election less than a month ago, while the TMC only got 23. The street fights are still raging. The BJP supporters destroyed a statue of Vidyasagar, the Bengali social reformer and scholar who is considered to be the founder of the modern Bengali language.

“Ma Maati Manush” - where does this catchy motto come from? It comes from the theater, the centuries-old traveling and folk theater of West Bengal, which is called "Jatra". “Mother, Motherland, People” - is the title of a Jatra play from the 1970s, one of the most popular Bengali theater plays of the past decades, performed by the Natta Company. Politicians have only made use of the title, which has long been familiar to the people. I could not see the play on site, only found a brief summary of the plot: A young couple from the country moves to Calcutta. Looks for work there. At the same time, a group of investors wants to acquire land in the couple's hometown. Build a factory there. After a short time, the couple felt threatened by the big city, found themselves in precarious circumstances and wanted to go back to the countryside, but rural peace there, too, had meanwhile been destroyed: the new factory was built, all conditions alienated.

It all sounds like a Marxist lesson. But it was precisely with this title of the play that the communists were replaced. Was a revolution that had already been tried out in the theater actually implemented on the political stage much later? I read in Hans-Martin Kunz's doctoral thesis “Schaubühnen der public”, published in 2014, that the term “Bengali theater” has long been used synonymously in India with political theater itself. Jatra is a folk theater that has been practiced for around 400 years and up to the present day in West Bengal, Bangladesh, Bihar, Assam, Orissa and Tripura. In the north of Kolkata, in the district of Chitpur, 45 theater companies are currently said to be located. However, it is not primarily played in the city, it is not a city theater, but theater in the country, in the provinces, often played outdoors. The Bengali middle class in Kolkata perceives the Jatra Theater - a mixture of musical, melodrama and social criticism - more as lower-class entertainment. In its current form it hardly appears in the media, it is considered vulgar, cheap, loud, subaltern. At the same time one likes to complain that the original Jatra has been lost or no longer exists. Against this, there are over 3000 practicing theater groups with more than 20,000 players in West Bengal, including Bollywood stars who even earn their money in the so-called "Jatra industry". There are still performances every evening in front of several thousand spectators during the season. Among all Indian folk theater traditions, the Bengali jatra remains the most popular to this day.

Jatra, যাত্রা, an old Sanskrit word, literally means journey or procession. The exact origins are in the dark. Some point to the 9th century when the Carya Pada theater in Bengal developed. It seems certain that the theater - as the name suggests - developed out of religious processions, which were then increasingly given a dramatic plot. The ancient mythological Jatra revolved around the life of the gods Krishna and Ram. It was performed in episodes and usually lasted a whole night.

The jatra has always had a very eclectic, variable and hybrid form, but there are a few permanent formal structures in the classical jatra, which has developed since the 16th century:

1. The Jatra is not an urban theater, it is aimed at a mass audience. Often it takes place in front of thousands of people.

2. The Jatra season starts in September and ends before the monsoon rains.

3. The stage is a simple podium called an "azar".

4. As a prop is mostly - according to the requirements of the traveling theater - only a single chair available, which is decorated differently and used as a throne or bench. All other props are portable.

5. As with Brecht, there is no third or even a fourth wall in the way the actors play. Because the audience mostly sits around the stage. So the actors play in all four directions. The way you play is hysterical, overwhelming, and immediate. There is never silence on stage, the action is more like a competition, all sentences are spoken directly afterwards.

6. Jatra theater always works with music and mixes melodrama, dialogues and songs. The orchestra is positioned on either side of the stage, a little lower than the podium. On the one hand percussion, consisting of Mondira, Tobla and Dhol, on the other hand flutist, harmonium, two trumpets, cornet, clarinet.

7. Dramaturgically, the pieces usually begin with the climax of the plot, although the progression of the structure is rather loose. Mythological history is combined with current social reporting.

8. There is a high level of social participation. The Jatra makes the political issues of the day its own. It is considered the "mother of street theater". Often the audience sings along.

9. Even today, the performances sometimes last more than ten hours.

10. In classical Jatra there were fixed roles such as the heroine, the hero and the Bibek - a role that is similar to the chorus in Greek theater. A prompter is always obligatory, who has to say something in advance about all the texts.

What amazed me during my research: To see a people's theater here, which in its aesthetic principles, in its themes and in its variety is similar to Bert Brecht's epic theater, Piscator's political theater and Frank Castorf's Volksbühne aesthetic. I'm not the first to notice this. In the sixties and seventies there was a crossover of influences from the epic theater from Europe and the Jatra tradition. This is what an actor and theater maker of the time stands for: Utpal Dutt, who is familiar to all Indians as a comedian and Bollywood actor. In fact, he was also an important pioneer of modern Indian theater. His Little Theater Group brought Brecht into connection with the Jatra Theater, which Rusthom Bharucha explains in detail in his book "Rehearsals of Revolution". Between 1968 and 1982 Dutt staged 19 Jatra plays and dealt with topics such as the struggles of the Naxalite movement (when Dutt's supporter went to prison) or the Vietnam War. The play "Ajeva Vietnam" (Invincible Vietnam) was even invited to the GDR, performed in Rostock and published on record. Here is a very clear statement by Utpall Dutt on his concept of theater:

Based on Dutt's appropriation, a new, political form of Jatra developed, which has proven to be a flexible form that is open to adaptation. As far as I can see it has remained that way to this day, despite the increasing commercialization associated with the fatherland mentioned at the beginning. The Indian government likes to claim that Jatra theater is a dying tradition, but the opposite is true. Famous Bollywood actors play along and attract the audience. The shape is not widely recognized in Kolkatta. But debates about public culture in rural areas are still being fought on the Jatra stages - and it is to be hoped that this will continue to be the case in West Bengal. 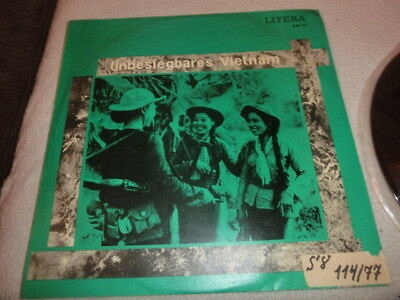 On one page of the All India Trinamool Congress ”party there is“ Branding Material ”. The Ministry advises spreading the following message at Jatra performances: "The medium of Jatra is very effective for spreading the message of same drinking water and sanitation to the large audience as their shows have free entry." living social practice of this theater.

On the penultimate day of his trip, the Toledo team drove to the temple of Ramakrishna on the banks of the Ganges. Ramakrishna is the one among the Hindu mystics who preached the equality of all religions. As is well known, his student Vivekananda carried this message to the USA, and in 1893 he was the first Hindu to speak before the World Parliament of Religions in Chicago. A famous anecdote, a speech with enormous consequences, even into the hippie and New Age generation. This scene has also found its way into the Jatra Theater. Here, too, a revolution is being tried out that has still not taken place: The tried and tested revolution against a false, religiously shaped nationalism like the one that threatens India (but not only India) today. Can you also learn from the Jatra theater in this country? Where is the Volkstheater for Eisenhüttenstadt and the Brandenburg province?

I consent to external content from www.youtube.com being displayed to me. This means that personal data is transmitted to third-party platforms. TOLEDO has no influence on this. You can read more about this in our data protection declaration.
<?