What is more educational films or books 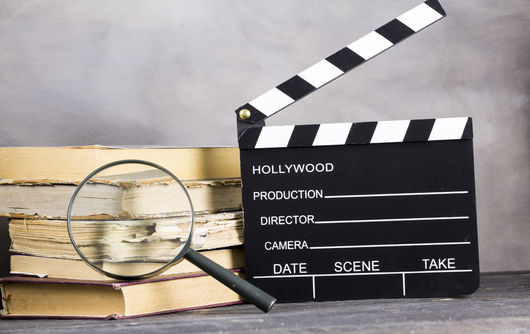 Young people have a special affinity for the medium of film; it is one of their central key media. Films and videos are present at all times and everywhere in your life via smartphones and portals such as YouTube or Netflix. They set topics, are important trendsetters and have a decisive influence on the communication between young people. And the self-productive use of the medium of film is part of the everyday life of many young people: It has never been so easy to make videos yourself. No smartphone that doesn't come with a camera, and apps for cutting and editing movies are easily accessible.

As the current JIM study (Medienpädagogischer Forschungsverbund Südwest, 2016) shows, every second young person between the ages of twelve and 19 deals with online videos on a daily basis. Three quarters of young people regularly watch videos on their smartphones and three fifths watch films or videos on streaming services. For 27 percent, watching DVDs or recorded films or series are on the program at least several times a week.

The so-called "visual literacy" is therefore an integral part of media literacy. This means the ability to read pictures and understand their meaning. She can be trained with photographs or picture books, but especially through watching films and productively dealing with the medium.

The great attractiveness of films and videos for young people offers great potential for promoting reading. Because the preoccupation with books and films can be combined with one another in projects in a variety of ways, and both media are mutually beneficial.

First and foremost, films are particularly able to arouse reading motivation. If a film has succeeded in arousing interest in a certain material or topic, this increases the willingness to pick up a book on the topic in order to rediscover, deepen or pursue what is known there. For example, books about film phenomena such as “StarWars” manage to break down the hurdle to books even among young people who are far from reading and make them want to read.

It has been shown that young people are increasingly turning to books that have also been made into a film or are based on films. The most widely read books in this age group include titles such as “The Hunger Games” or the novel “Fate is a lousy traitor”. Once the desire to read about films has been awakened, it is not only exciting but also very instructive to explore the differences between books and films. In addition, the precise observation is trained, the ability to actually read the images, but also the precise perception of text. Discovering the characteristic differences between cinematic and literary storytelling promotes understanding of both media.

In addition, film and book can also be excellently combined with each other in playful and creative projects and offer numerous opportunities to deepen media skills. Because films naturally offer a variety of occasions for productive text work. They tell stories that can be continued, their characters offer inspiration for their own texts, in the setting of their favorite film other characters could experience completely new adventures and much more.

In action-oriented projects, young people can get to know cinematic design tools. By slipping into the role of actor, cameraman or screenwriter in the production of a short film, they will also receive films differently in the future.

Materials and stories from books offer excellent starting points for your own film projects. From shooting a book review as a vlog post to filming individual scenes or completely new adventures by the protagonists.

And even when realizing a film project, it is teeming with exciting reading and writing opportunities. Reading not only provides a lot of inspiration when choosing a topic, but is also indispensable for further research into its content implementation and the film language and technical implementation. A lot of valuable tips and information can be found here in books and Internet research.

Once the idea for the plot is in place, the course of action, locations and characters of the film are fixed in writing in the so-called "treatment" - not that you forget the carefully sought-after ideas again! And then it goes on with the writing - because without a script, nothing works in a film. How does the plot work in detail, what development do the characters go through in detail and, of course, very important - what do the dialogues look like? The script provides information about all of this. In the subsequent visualization of the script as a storyboard, in which the individual film scenes with camera perspective etc. are then defined, in addition to the corresponding sketches, it is of course essential to record important information in writing.

And last but not least, when preparing the technical dimension of the shooting and editing, books and information from the Internet can be valuable in order to clarify questions on topics such as lighting, sound and film editing.

Miriam Holstein For many years he was in charge of film education at the Reading Foundation. She has been working as a freelance writer, editor and project manager since 2015.