Were pharaohs black or white

Cleopatra - Black or White? Background to a black and white debate

Is there another case of cultural appropriation? After Gal Gadot was cast as Cleopatra, there was immediate criticism that was politically charged in several ways. In addition to stupid and anti-Semitic tweets such as “Your country is stealing Arab land and you are stealing the film roles from them”, a (renewed) debate broke out about Cleopatra's skin color and origin. An Arab Cleopatra, as the tweet suggests, is more realistic than an Israeli or White Cleopatra. That sounds absurd at first, but it contains a real core, because it refers to the orientalist embodiment of the Egyptian ruler in European pop culture. Was Cleopatra black because she was African (a connection that is by the way not mandatory) - or is she, as a “Macedonian Greek”, white and of European blood? In public debates, in feminist blogs, in Afrocentric seminars and in the books of scholars in the 20th and 21st centuries, Cleopatra's origin and appearance are repeatedly the subject of more or less bitter arguments. And since it is not known who her mother was, this biographical gap can be filled with theses and fantasies that are as rich as they are speculative.

But what does African mean? How white, how black was Cleopatra? This question preoccupied the internet community and the public in the US and Europe once again when Angelina Jolie was offered the role of Cleopatra in a new film adaptation by David Fincher in 2011. Shirea Carroll, columnist for the American lifestyle magazine essence, remarked after a somewhat malicious comment that she didn't care how full Jolie's lips, how tanned her skin and how African her adopted children were: "I am absolutely convinced that a black woman should have got this role." There is no "reverse racism" behind this, but a significant problem. While Angelina Jolie and Gal Gadot are allowed to embody an Egyptian queen without any problems, adding “exoticism” and otherness as a game to their repertoire, it is hardly possible for black women to ignore the skin color ascribed to them. Halle Berry, for example, will always be one black Play a detective, mother, lover or a black "Bond Girl", regardless of whether this is relevant to the role. (The only time a black actress was allowed to play Cleopatra was in the lavishly gaudy sex film The Notorious Cleopatra by Arthur P. Stootsberry from 1970.) 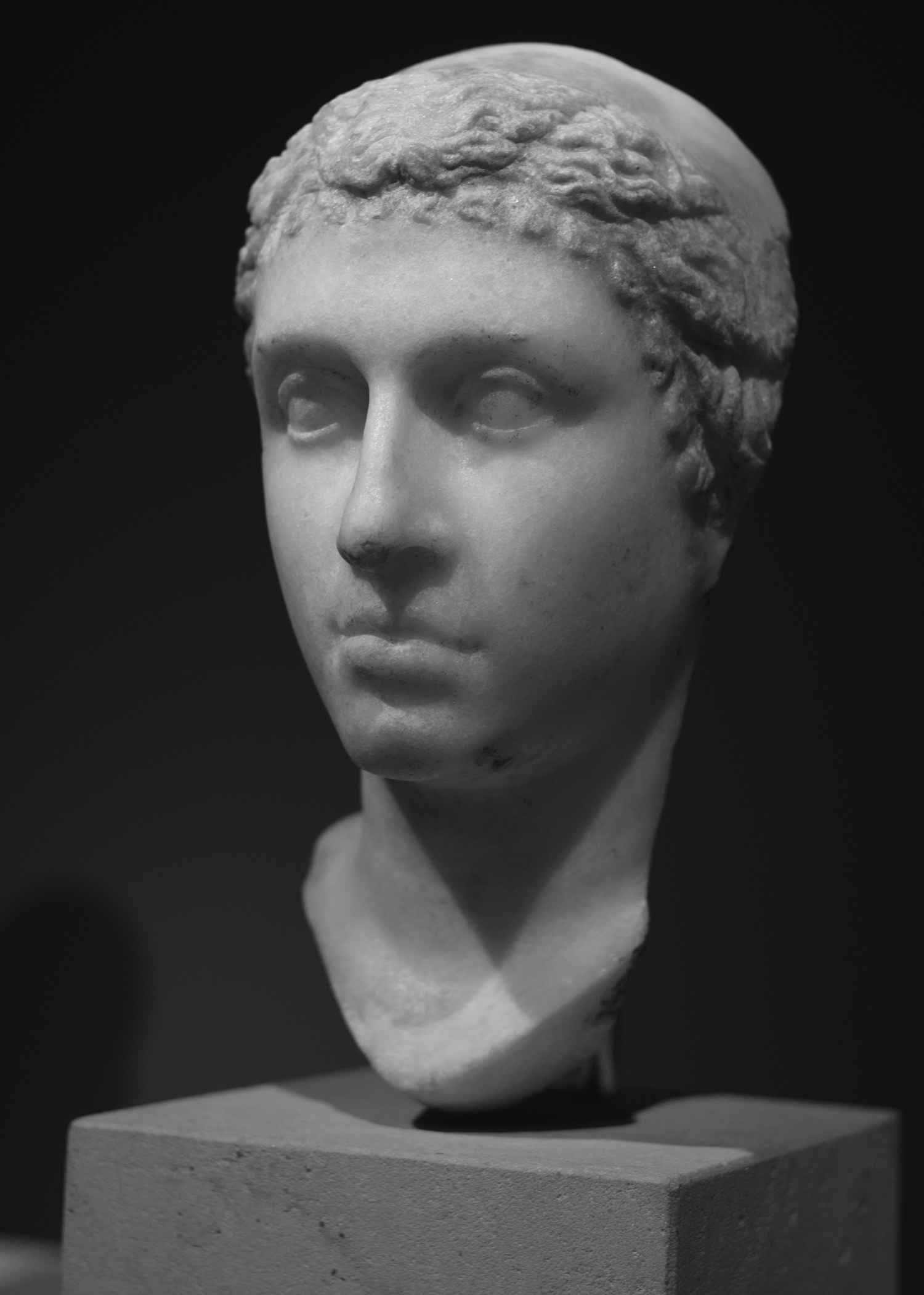 But while Cleopatra's appearance is repeatedly claimed to be clearly black or clearly white in relevant internet forums, blogs and newspaper articles, it is forgotten that skin colors played no role in antiquity and that they themselves have a history, as the historian Valentin Groebner shows. It was only slowly between the thirteenth and sixteenth centuries that the idea developed that not every person has an individual “complexion”, but that skin colors - regardless of the actual individual pigmentation and changing tan - are characteristic of certain groups of people. After that, Europeans with a dark brown tint are still white inside, and very light Africans: clearly black inside. However, Irish immigrants were also considered black in the US in the 19th century, and this illustrates how much the perception and description of skin color depends on social characteristics, and how much it is subject to historical changes: In the Middle Ages, skin color was considered too white Still unmanly and uncivilized, "white" became a "race" term in the United States, excluding any "white" looking person with a distant African ancestor. As is well known, the reverse was not true.

If Cleopatra is claimed today as a Black Queen, an African Queen, it must be seen against this very background. It is an examination of questions of origin and history, which concern both the origin of the black community in the USA today and historical interpretations of Africa's place in world history. Cleopatra is here the representative of the Egyptian high culture with its influence on Greece and thus on the emergence of western civilization. The question of which Egypt should be awarded this achievement remains highly controversial: an African high culture or an “outpost” of Europe on the African continent? And here Cleopatra's origin also plays a role. Is she (after all 300 years after the conquest of Egypt by Alexander) still a Macedonian Greek - or does she belong to the African civilization with an African mother and as Egyptian ruler? The answer to this question is so difficult for two reasons: firstly, “skin color” and “race” did not play a role in ancient times, and secondly it is almost impossible today to disregard these categories. 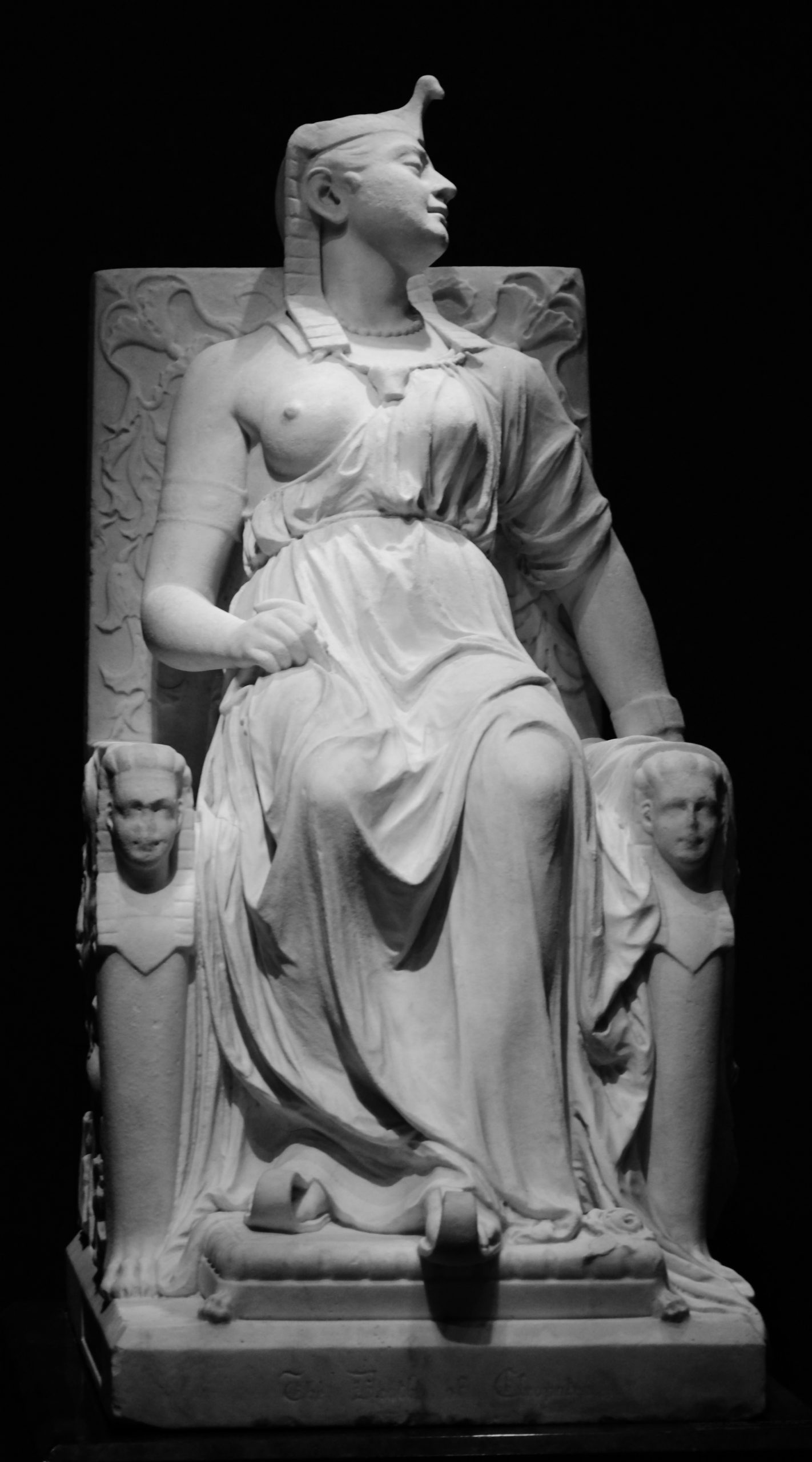 Black American and Caribbean intellectuals discussed the importance of Black Cleopatra for a world history that did not exclude Africa more than 100 years ago. Joel Augustus Rogers, man of letters, activist, journalist and historian dedicated his book to Cleopatra World's Great Men of Color, a collection of biographical sketches, a separate chapter, and admitted in the foreword that he too had initially understood Cleopatra as the white ruler. He is referring here to George Wells Parker, one of the earliest black graduates from Harvard, who mentioned it as early as 1918 in his book Children of the Sun wrote about the close connection between Egypt and Ethiopia as well as about the then new knowledge that all people came from Africa. The reference to this black legacy of humanity must have seemed particularly scandalous against the background that in the USA history as a biblical story began for a long time with the curse of Ham, as Rogers also relates. He goes on to describe how he was taught as a Black child that all history and civilization were created by whites and how he grew up in a climate where Mormons believed that black people would not go to heaven. Deeply shaped by such doctrines, which should only justify slavery with very little veil, ancient studies and Egyptology in particular became important for a new understanding of history within the black community - especially since a lack of history is part of the concept of the slave. In particular, knowledge about how strongly the culturally high Egypt was connected with today's Sudan and other countries in the south and west of Africa strengthened the historical self-confidence of a generation of black intellectuals from the USA and the Caribbean, who had a history before slavery and before the liberation of slaves wanted to revive. 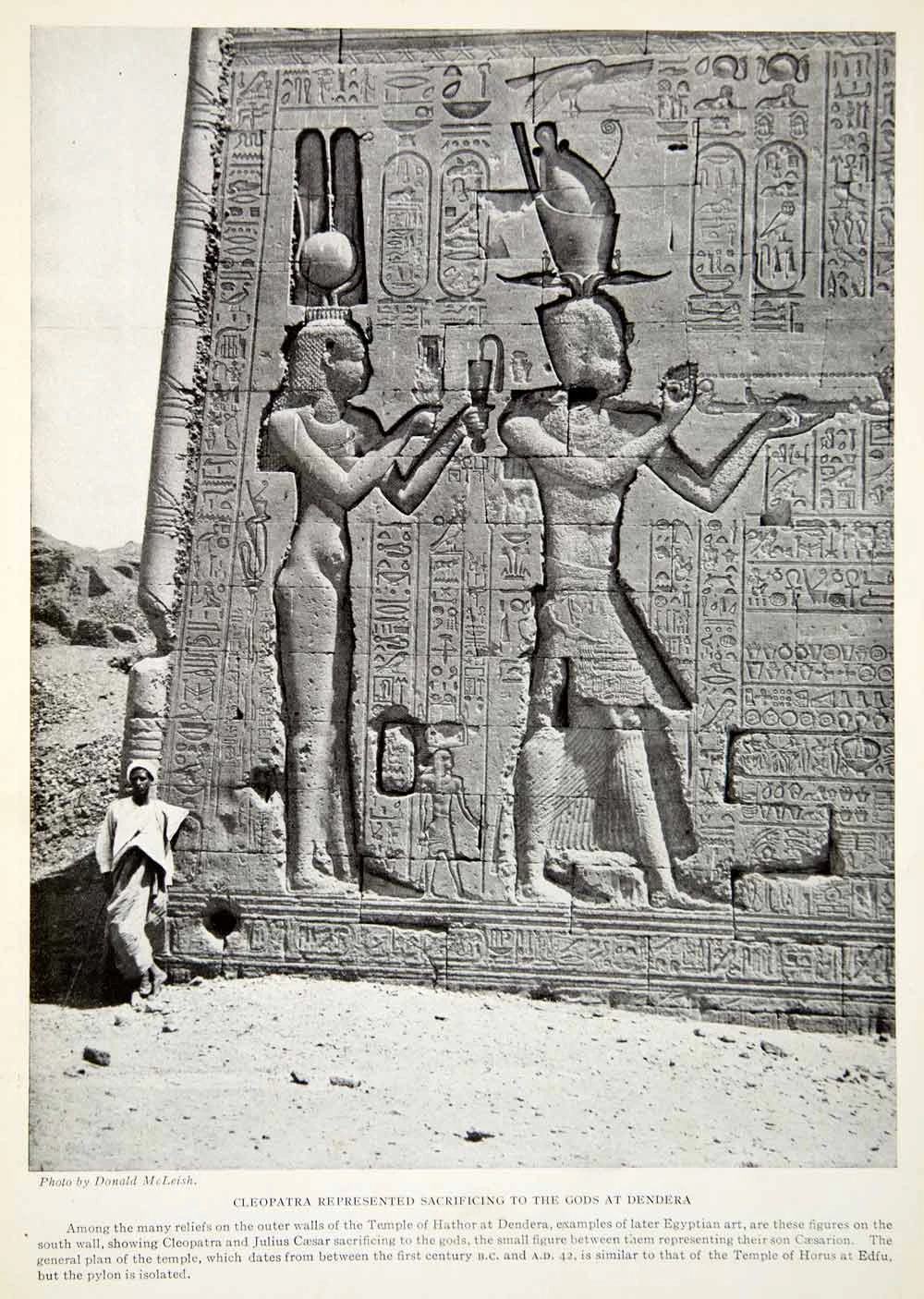 Cleopatra and Caesar as a half-relief on the temple of Dendera, 1924; Source: periodpaper.com

But why did Cleopatra become such a central figure, after all, there were also the Cushitic or Nubian pharaohs who have been passed down as "Black Pharaohs". Cleopatra is often referred to as one of the most important women in world history, but little is known about her, and the little information about her life comes from Roman sources. Her heroic and tragic death, the fact that her story was written as a victorious story, probably offers a means of identification. Their suicide at the hands of the victors may be reminiscent of the suicides of Africans who were deported into slavery, their aristocratic origins of the forgotten princes and princesses who, regardless of their status, toiled on cotton and sugar plantations. By suicide, Cleopatra evaded the shame of being presented as booty in a triumphal procession in Rome like her sister Arsinoe. In this respect, its story stands for the story of people deported into slavery, written by winners, a fragmented story that is not simply incomplete like any historical tradition, but rather shattered, because slavery destroyed family ties as well as communities of memory, broke off historical processes, and that Knowledge of individual and collective origins devalued.

Cleopatra is probably so important as a female figure in Black American history, because her own women have been appropriated as "Mammies" in white popular culture, who cared for white children with devotion and - this knowledge, however, has less entered southern folklore - from White fathers had children. Cleopatra, however, is a queen who was able to evade submission and humiliation, a ruler at a time when Rome was considered the military center of the world, but Alexandria was its cultural center. Here in Africa was the largest library in the world, the most powerful and sophisticated architecture, the granary of antiquity, a hub of learning - Egypt's cultural and material wealth outshone everything else. Cleopatra also reminds us of this.

For a long time, however, the history books portrayed Egyptian civilization as the forerunner or offshoot of European culture on the African continent and sealed off from Africa further south, especially sub-Saharan Africa. So the debate about the Black Cleopatra is about recovering history and not about pigments. Because even today the black community in the USA is present in historiography mainly through the civil war and the liberation of slaves, as part of a white history of emancipation and progress that has no relation to Africa and in which the slaves are only objects of enslavement and then were liberation. In this respect, the black community is confronted with an existential lack of history. With the reference to Cleopatra and African Egypt, however, it not only has something to contribute to American history, but also stands, so to speak, at the beginning of its civilization. 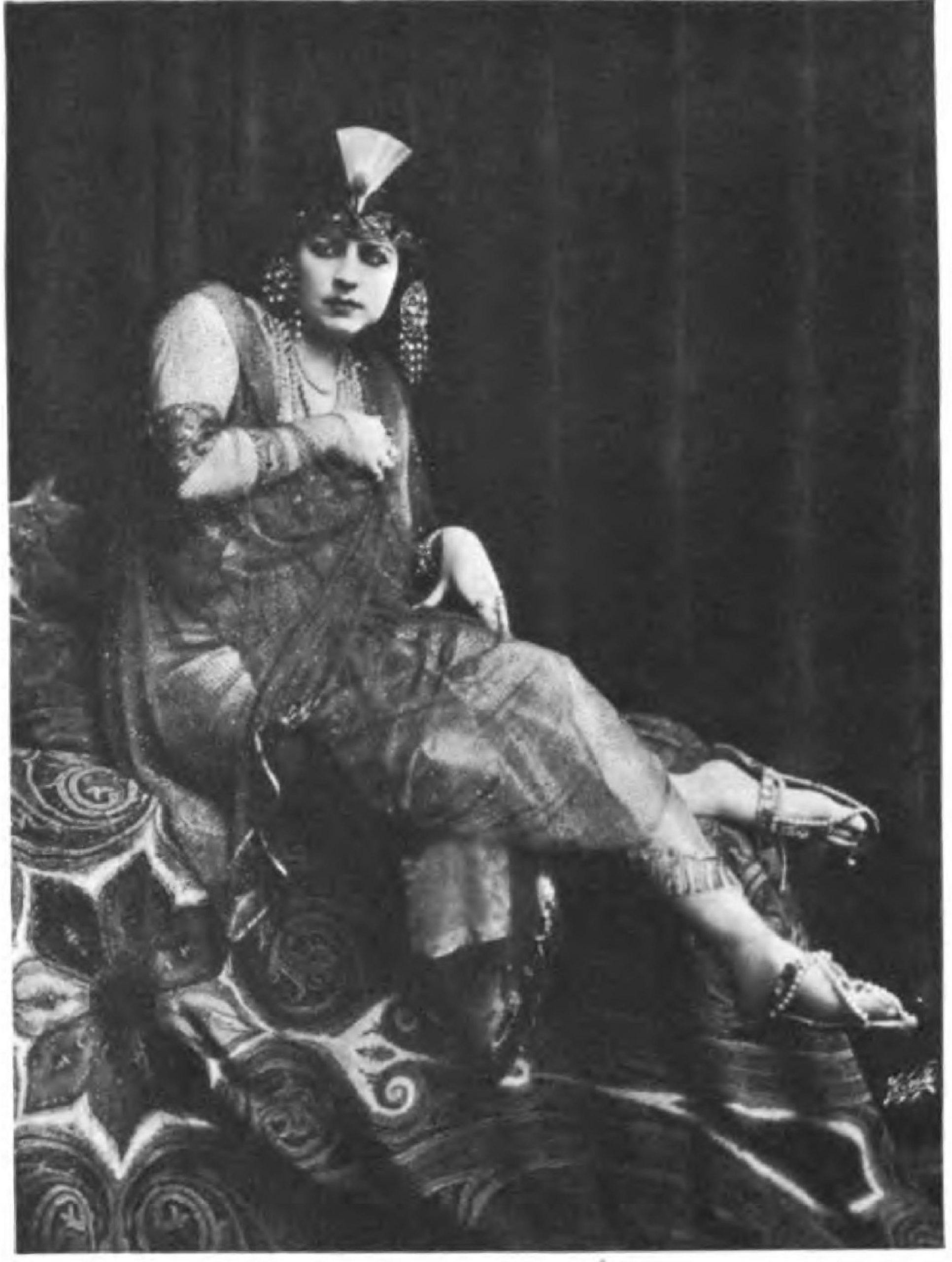 Cleopatra is now rehabilitated as a historical figure, regardless of how white or black one might think of her. In the history of art and literature, in popular ideas and in historiography, expectations of and fear of women in the course of political upheavals can be traced quite well in their changing image, as Lucy Hughes-Hallett in Cleopatra. Histories, Dreams and Distortions (1990) shows. In the 17th century Cleopatra was considered a helpless girl, in the revolutionary 18th century she embodied the useless aristocracy, at the end of the 19th century the fear of suffragettes was reflected in the image of Cleopatra and in the heyday of colonialism Cleopatra became the embodiment of an exotic, lascivious otherness. Today two ideas prevail, both of which are directed against the Orientalism of the 19th and early 20th centuries. Now Cleopatra is either a ruler, strategist and state artist originally from the Macedonian dynasty or an Egyptian / black ruler, strategist and state artist. Both are historically true. As a luxury creature who slurps pearls dissolved in vinegar and bathes in donkey milk, she is no longer good.

You can support us by sharing this article: FacebookTwitter

Elizabeth Taylor played Cleopatra as an impressive ruler in 1963. At that time she was not considered “too white”, but she was also attacked as a Jew. Since she had not only converted to Judaism, but also professed Zionism and publicly supported Israel, planned filming in Egypt was prohibited. However, “Cleopatra” turned out to be such a good tourist advertisement that the ban on the film and the actress was finally lifted. What a bitter irony that then, as now, it is not about the actual story of Cleopatra.