Are there gay dictators

The forgotten victims of the Franco dictatorship

Maria de los Dolores Gamez stands next to the huge door of a dilapidated building. The 81-year-old looks at a sign next to the entrance. She has to stand on tiptoe to read it. The inscription commemorates the "historical injustice" that homosexuals and transgender people had to experience in this building, the old prison in the city of Huelva in western Andalusia.

It's not the first time Gamez has heard of sexual minorities who have been incarcerated and abused in the city. However, she has never discovered this small monument before. In fact, it wasn't hung until this year - almost four decades after same-sex relationships were decriminalized in Spain. That was 1979. "I think it's good that politicians are finally doing something on this issue," says Gamez. "We've had too many years of silence."

Last month, the Spanish government ordered the relocation of the body of the former dictator General Francisco Franco from the controversial "Valle de los Caídos" (Valley of the Fallen) memorial. Parliament passed the bill on Thursday after Prime Minister Pedro Sánchez found enough supporters. Liberals and conservatives in particular abstained from voting. The "Valley of the Fallen", 50 kilometers north of Madrid, had become a place of pilgrimage for right-wing extremists and right-wing extremists in recent years. In addition to the dictator himself, thousands of victims of the Franco regime also rest in the mausoleum. 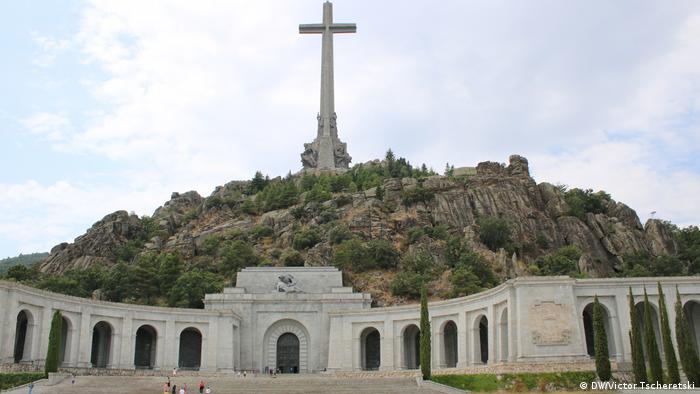 "Valle de los Caidos": The valley of the prisoners is controversial in Spain

The discussion about reburial has sparked a memory debate in a country where there are still more than 2,000 mass graves. They come primarily from the Spanish Civil War (1936-1939), a conflict that many historians refer to as the prelude to World War II. It marked the beginning of decades of authoritarian rule and repression that only ended with the free elections in 1977.

Franco, in power from 1936 to 1975, did not just target his political opponents during his reign. He also persecuted those who dared to oppose the nationalist Catholic model of society. Historians have since discovered that the dictator set up two "specialized" prisons for those convicted under his homophobic laws: one in Huelva and one in Badajoz on the Portuguese border.

Antoni Ruiz was born in 1958 in a small town near Valencia in the east of the country. He was one of the prisoners. At 17, he came out as homosexual to his family. Eventually, however, a nun betrayed him to the police. "That was the moment when my martyrdom began," he told DW today. Ruiz was sent to various detention centers until he ended up in Badajoz Prison. Legally, he was not yet an adult at the time. 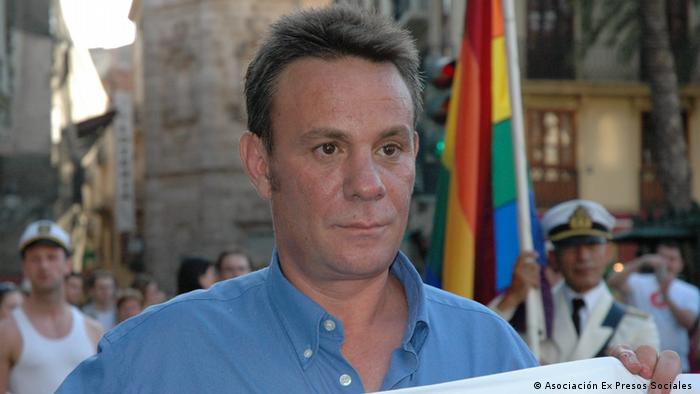 He spent three months in Badajoz, which felt like an eternity to him. "Nobody wanted to give you a job," he says today. He was a criminal and a homosexual - and the police informed his potential employers about this. He struggled to make ends meet and felt socially excluded.

Those like Ruiz who have been persecuted want their files deleted from the police computer system. They are also demanding financial compensation for the LGBTI (lesbian, gay, bisexual, trans and intersex) victims of the two laws that criminalized this minority between 1954 and 1979.

It is not an easy path because each victim has to face an individual legal process. Sometimes it is tedious, says Ruiz, because the records don't always speak of homosexual offenses, even though that was the reason for the arrest. 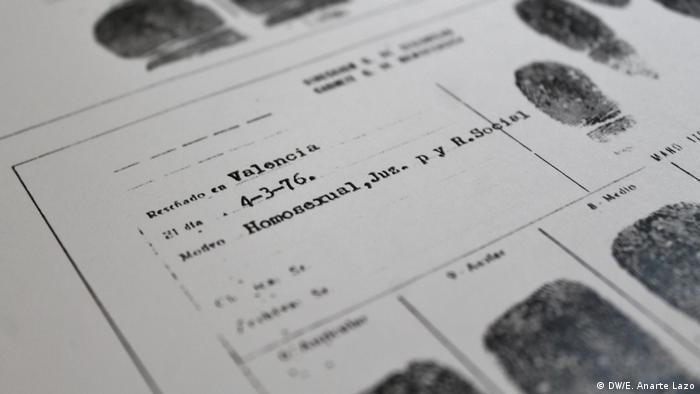 These documents support the arrest of Antoni Ruiz

According to the "Association of Former Social Prisoners of Spain" headed by Ruiz, only 116 people have received compensation from the state for those convictions. The government confirmed the number last year. Historians estimate, however, that at least 5,000 people were convicted of their sexual orientation during the Franco regime.

Ramon Martinez demands that Spain must do a lot more to bring justice to these citizens. The philologist recently published an essay on the history of Spanish LGBTI activism, in which he also cites examples from other countries. Among other things, he mentions the Federal President Frank-Walter Steinmeier: In June he asked for an apology for the persecution of homosexuals during the Nazi era and in the decades that followed.

The UK issued a posthumous pardon for homosexuals under the so-called Turing Act in 2017. It is named after the British war hero Alan Turing, who was neutered in 1952 for his sexual orientation. He committed suicide two years later, at the age of 41. Posthumously, he received a royal pardon in 2013. Both Martinez and Ruiz criticize the British approach. "Who are they pardoning? It was the state that violated human rights," says Ruiz. 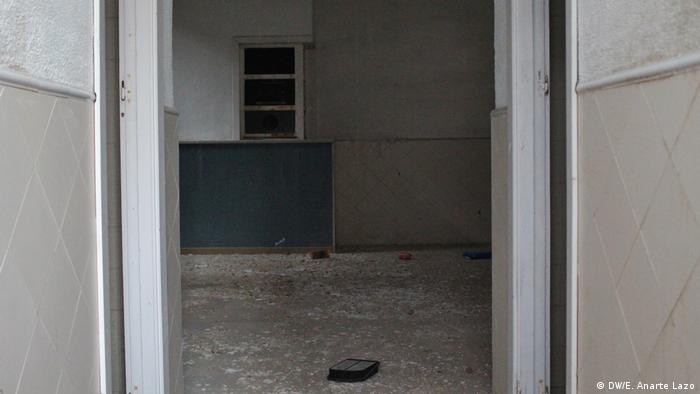 A room of the prison in Huelva

Martinez, meanwhile, underlines the urgency of working on the collective memory of Spain: "In contrast to Berlin, Amsterdam or Cologne, there is no memorial for LGBTI victims in any Spanish city." But it is important to emphasize the importance of the historical places. This also includes the old prison in Huelva, which is now in ruins - and closed to the public and the press.

When Maria de los Dolores Gamez is supposed to describe her feelings that such a place in the middle of her hometown triggers, she quotes a poem that she read with her granddaughter while doing homework: "There, far away, where oblivion lives" , she says. Luis Cernuda wrote the line. He is a well-known homosexual poet who fled into exile during the Spanish Civil War. Gamez wonders if the victims even show up in textbooks. "This is no justice at all," she says before continuing her evening stroll.