How do pilots start an airplane

Safety in the air

02/22/2017 // Last year a total of 19 aircraft crashed in civil aviation worldwide. 325 passengers and crew members were killed. Around 3.7 billion passengers were carried worldwide last year - around 12 times more than in 1970. The probability of being killed in an airplane accident was around 1 in 13 million in 2016. This makes 2016 one of the safest years in civil aviation. But why do airplanes crash despite the highly developed technology? Wilfried Schmitz, Production Manager TE / C at Lufthansa CityLine GmbH, has an answer: "Most accidents happen through human negligence. The technology is usually not the reason for plane crashes. The error rate during a flight is even higher when humans flies even without the computer. " The cockpit technology is therefore the most important safety instrument in aviation. Should the technology fail, there is always the pilot who can land the machine.

Operations in the cockpit

The cockpit, also known as the flight deck, is where pilots work. The cockpit technology controls and controls all technical processes in the aircraft. While in the past a navigator and a mechanist sat next to the two pilots in the cockpit, nowadays the technology is so sophisticated and easy to use that two pilots are completely sufficient for the flight. The distribution of tasks is clearly structured - the so-called pilot flying operates the autopilot and changes the values ​​such as the flight altitude, while the pilot monitoring monitors the displays and systems on board, among other things. When the aircraft reaches altitude, the autopilot is activated and the aircraft flies all by itself. The pilots only intervene in an emergency and must therefore be physically and mentally present. "Nowadays, the pilot's job requires a high level of monitoring management so that errors can be identified. Pilots must have a very good technical understanding and be extremely resilient," says Markus Wahl, press spokesman for the Cockpit Association and pilot at Deutsche Lufthansa AG.

Landing and take-off are among the most difficult phases in the flight process. Before each take-off, a pilot enters the route and all flight data and checks all instruments for their function. The input device is called the Control and Display Unit (CDU). The start of the flight is carried out manually by a pilot. Since the take-off is carried out by pilots, the aircraft cannot and must not take off with zero visibility.

From a purely technical point of view, landing, on the other hand, can take place without a pilot. Accordingly, an aircraft can land without problems even in bad weather or even with zero visibility. Landing with zero visibility has only become possible with the development of the Instrument Landing System (ILS). ILS consists of various transmitters that provide important information for landing. The most important ones include the landing course transmitter, which shows the horizontal course, and the other, the glide slope transmitter, which shows the angle to the runway.

The most important instruments in the cockpit

In addition to the general monitoring systems, the flight management system (FMS) is one of the most important instruments in the cockpit. The system consists of electronic aids for flight control and navigation and checks weather forecasts and air traffic information. FMS simplifies navigation, offers the possibility of programming vertical profiles and increases the overview for the pilot through map displays. In addition, the system determines the position of the aircraft mostly using inertial navigation systems and constantly updates them using radio navigation and / or GPS. The entire cockpit technology is based on the system and connects the navigation with the flight control and the autopilot. "The FMS is a simple and redundant system world that connects many complex functions with one another. The systems in the cockpit communicate with one another, are all triple safeguarded and monitor one another. If one system fails, it can be replaced by another system," says Wilfried Schmitz.

Other important instruments are the Primary Flight Display (PFD) and the Navigation Display (ND). The PFD shows the status of the autopilot, different phases in which the aircraft is and, above all, the artificial horizon with which the pilot can determine the position of the aircraft in space. In addition to the attitude and altitude, the display also shows the airspeed and the speed limits. The flight path and heading is shown by the ND. In addition, the display shows traffic information and images from the weather radar. 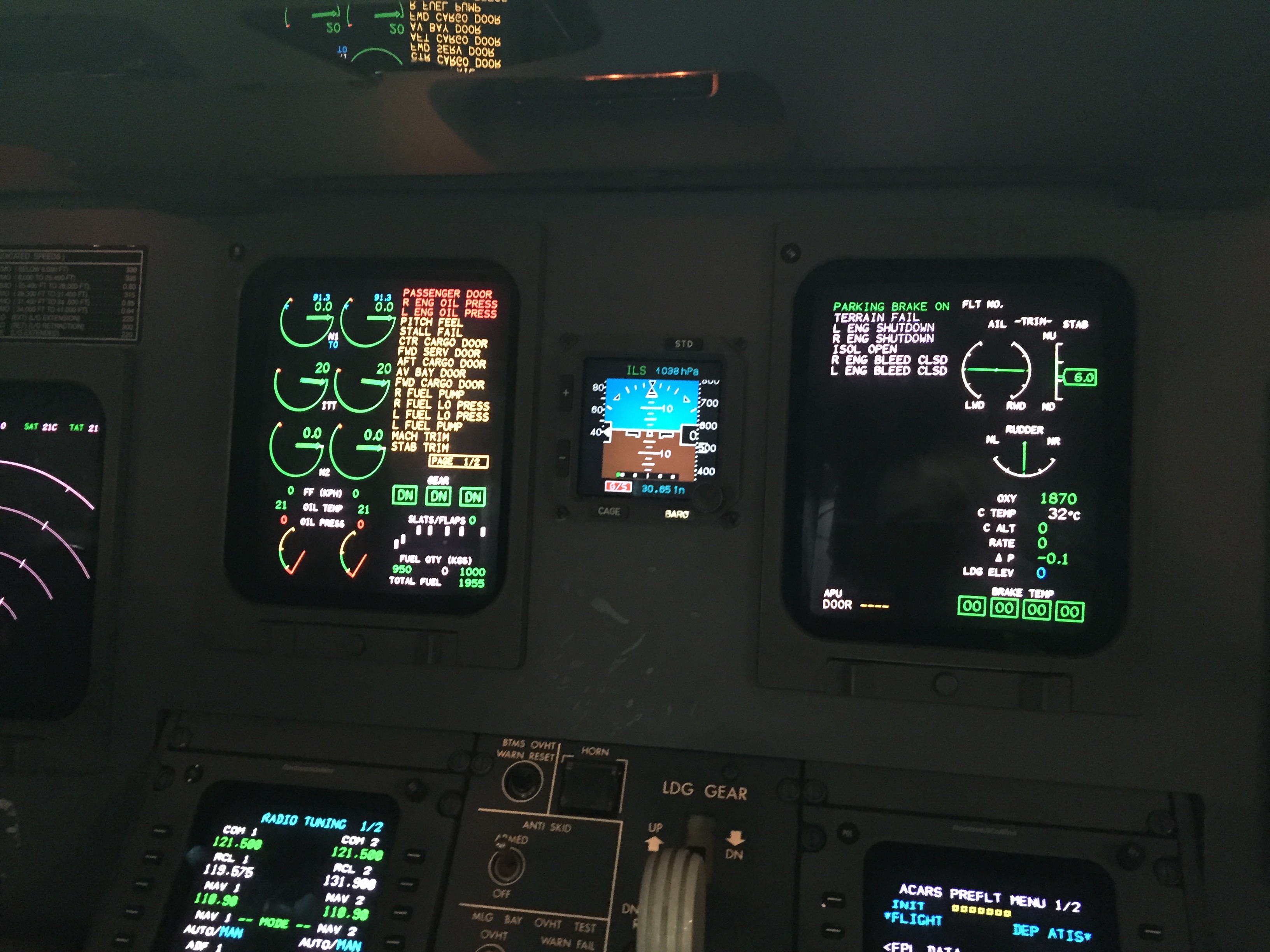 The input device in the cockpit that is fed with the flight data. // Photo: Kristina Schaufler

In addition to the development of the Flight Management System (FMS) in the 1970s, the introduction of the Ground Proximity Warning System (GPWS) is one of the milestones in cockpit history. As the name suggests, GPWS warns of obstacles, for example when approaching the ground, and gives the pilot the opportunity to evade in good time.

In 1990 the Airbus A320 was the first aircraft to fly electronically rather than mechanically using "fly-by-wire" technology - an important cornerstone for the development of today's aviation technology. The signal transmission technology is responsible for the electronic flight control of aircraft.

Cockpits of the future

In the 21st century, the pilot only intervenes in the flight process during take-off and in emergencies. But can the technology lead to civil aircraft flying completely without pilots in the near future? Wilfried Schmitz has an opinion on this: "From a purely technical point of view, planes can someday fly themselves. The technology will continue to develop, as there will always be simplifications of processes. You can also develop cockpit technology by updating apps and uploads compare - there will always be modifications. " However, according to Schmitz, there are also many challenges. The greatest challenges are, on the one hand, obtaining licenses and the lack of profitability of many airlines, which hinders the installation of new technologies. The acceptance of the passengers also speaks against the pilot-free cockpit. There are very few people who would trust a machine that could fly without human assistance.

The changing job description of the pilot

"It used to be that the pilot had an influence on the flight process - today the computer has more influence. Pilots have no decision-making power, they have to do what the ground stations pass on. After entering the flight data, the computer in the cockpit tells the pilots how they have to fly. The philosophy has changed, with which the older generation in particular has problems, "says Wilfried Schmitz, Production Manager TE / C at Lufthansa CityLine GmbH. So today the job description of a pilot is different. According to Marcus Wahl, press spokesman for Vereinigung Cockpit e.V., the development of the pilot's professional profile also brings problems: "The biggest problem with mechanical cockpit technology is the loss of the ability to fly manually. 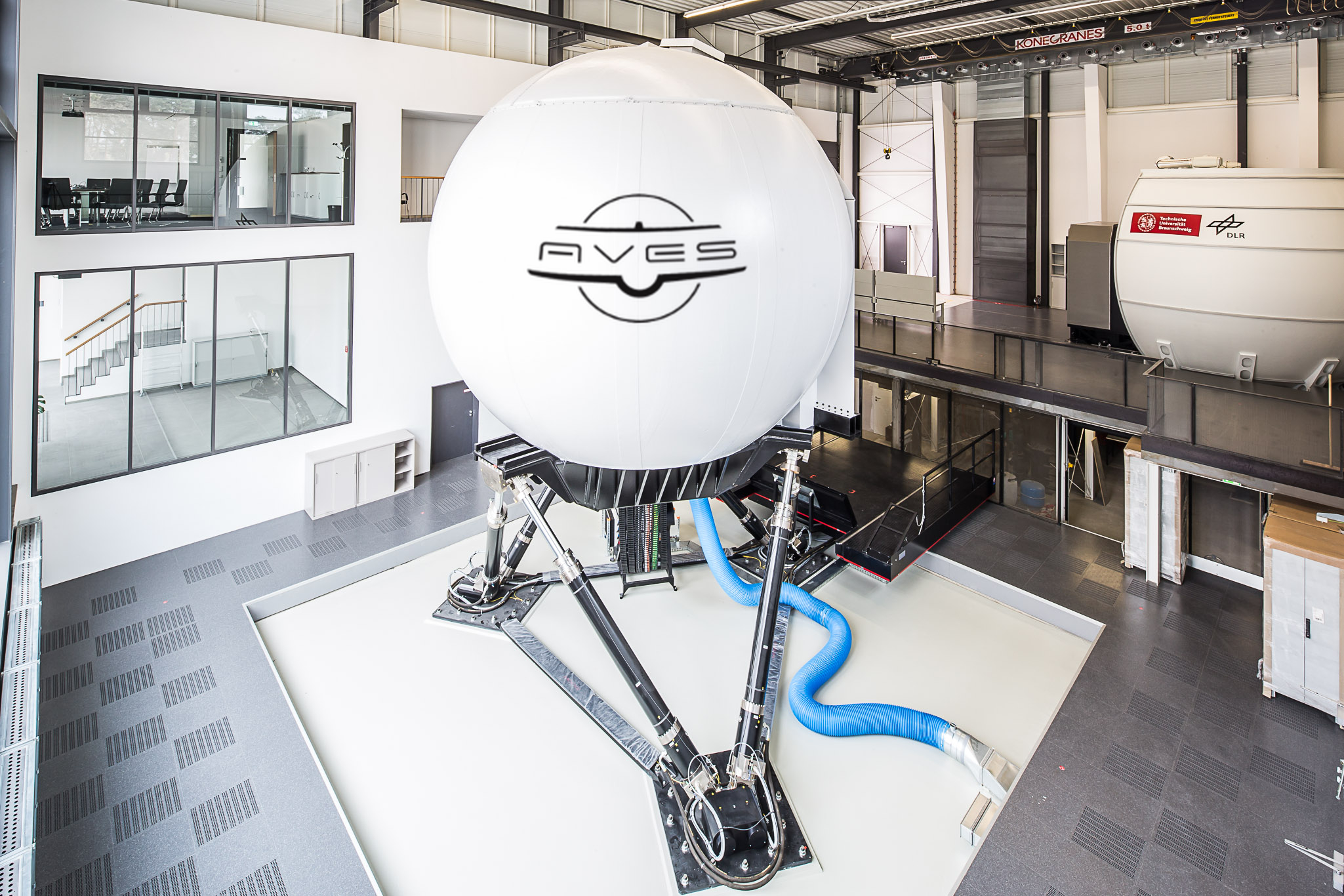 The outside view of the DLR simulator. // Photo: DLR

To prepare for emergency situations, all pilots must take a flight simulator test at least twice a year. The tests are designed to prepare for disaster situations and to test the behavior and reaction of pilots in emergencies. "Pilots don't learn to fly in and of themselves. They learn to deal with mistakes," says Wilfried Schmitz. The flight control itself is therefore rarely trained. "A pilot cannot train enough - flight processes have to be repeated over and over again. The number of trainings depends heavily on the airline as well as the country in question. At Lufthansa, for example, pilots have to pass five tests a year, including in flight control," says Marcus Wahl . Although the problem is known, the law does not yet have a rule that obliges airlines to train their pilots in flight control. Not only emergency situations have to be trained, but also the normal flight control. Pilot training and courses are becoming more and more important so that pilots can react to all possible situations and thus save lives in an emergency.