How do the RSS relate to reservations

How binding are reservations?

What to watch out for if deadlines cannot be met

Getting an appointment with the doctor, reserving a table in the restaurant or registering with the hairdresser: which reservations are mandatory and which are not? What happens if you forget an appointment or are suddenly prevented from doing so? 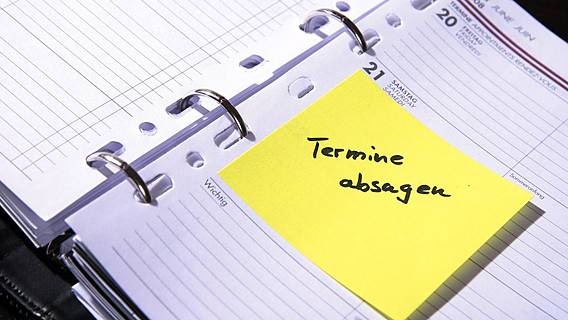 Not only at the doctor's it is difficult to be treated without an appointment. Even with various service companies such as restaurants or craftsmen, hardly anything goes without prior appointment. But what happens if you forget an appointment or are suddenly prevented from doing so? Can the innkeeper, hairdresser or doctor then demand compensation?

Above all, three criteria are decisive in this case: the type of appointment, verifiable damage and the reason for the cancellation. As a rule of thumb, the more specific the agreement and the greater the damage caused, the more likely the guest or patient is obliged to pay compensation. Who made an appointment though "blameless" had to cancel, for example because he suddenly fell ill, he has nothing to fear. The legal background: A reservation in a restaurant or at the doctor's could be viewed as a kind of preliminary contract, from which a so-called debt relationship arises. Then a rejection does not necessarily have to be accepted, according to the assessment of the consumer advice center North Rhine-Westphalia.

An example: If a customer has ordered a meal for a larger family celebration and the number of guests and dishes have been determined in advance, then the innkeeper will suffer damage from a short-term cancellation. Because he might not be able to give the places to other guests at short notice. However, he must be able to prove the damage. However, this will be more difficult for restaurants with a lot of walk-in customers than, for example, those restaurants that only work with advance orders.

The situation at doctor's appointments is a bit more complicated, which courts have already had to deal with. However, if a patient cancels an appointment, doctors are not allowed to "Cancellation fee" desire. The patient then owes no remuneration and, at least with a justified refusal, no compensation, ruled the Bremen District Court.
In the event of a dispute, the treatment appointment was arranged by telephone. The patient canceled at short notice by fax and was amazed when he later received mail from the practice: he should pay 300 euros for the cancellation. Because he refused, the doctor complained - unsuccessfully. "In the opinion of the court, a patient can cancel the appointment agreed with a doctor at any time without owing remuneration to the (non) treating doctor"According to the Bremen judgment. Because the remuneration obligation presupposes a contractual relationship. A simple telephone appointment is not yet to be seen as a treatment contract.

The Bremen judgment is not necessarily transferable to so-called ordering practices, which reserve certain times for a certain patient, for example in psychotherapy. In its judgment of September 12, 2006, the district court of Nettetal sentenced a patient to pay her dentist compensation of almost 1,300 euros because she had not kept an appointment specially reserved for her for a two-hour denture treatment. A treatment contract signed in advance made it clear that the practice was run according to the ordering system.

In general, you should cancel an appointment that you cannot keep as early as possible. And so in good time that the affected innkeeper, craftsman or hairdresser is given the chance to find new customers. Ines Klut