How to use Visual Studio Code

This tutorial shows how to build and run a .NET console application by using Visual Studio Code and the .NET CLI. Project tasks such as building, compiling, and running a project are done using the .NET CLI. If you wish, you can follow this tutorial with another code editor and execute commands in a terminal.

The template creates a simple "Hello World" application. It calls the Console.WriteLine (String) method to display "Hello World!" In the console window.

The template's code defines the class with the single method that takes an array of strings as an argument:

is the entry point of the application, the method that is automatically called by the runtime when it starts the application. All command line arguments provided when the application starts are in the args-Array available.

Run the following commands in terminal out:

The program displays "Hello World!" and is terminated. 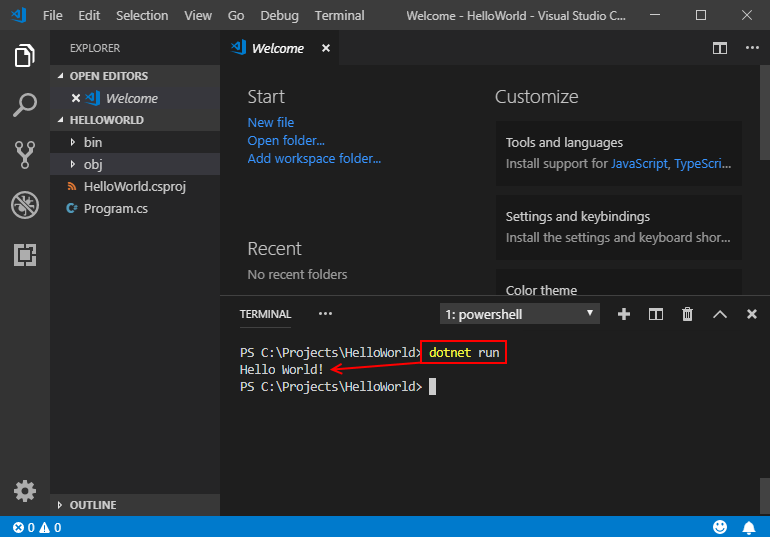 Expand the application to prompt the user for their name and display it along with the date and time.