What would Tamil Nadu be without Chennai

India: battle for a handful of water

The mood was already heated when an angry mob roamed the streets of the coastal metropolis of Chennai in southeast India last week. Some supporters of the nationalist opposition party set vehicles on fire, while others pelt the petroleum company's headquarters Indian Oil with stones. As soon as the protest march reaches the Rajarathinam Stadium, the 21-year-old auto mechanic P. Vignesh breaks out of the crowd at lightning speed, doused his body with a petrol can and set himself on fire in the street. The policemen hurrying up are too late. In the morning hours, Vignesh died of burns in the hospital. The political activist is the third dead in a conflict that is causing turmoil in southern India these days. It is about the equitable distribution of water, a resource that is scarce throughout the country. 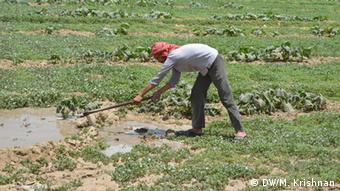 60 percent of Indians make a living from agriculture

On September 5, the Supreme Court ordered the state of Karnataka to divert significant amounts of water from the Kaveri River to the neighboring region of Tamil Nadu. As a result, there were drastic riots in Bangalore, the capital of Karnataka and Indian center of information technology. Dozens of buses and trucks with Tamil license plates were set on fire, and Tamil restaurants and shops were also targeted by the rioters. The police then imposed a curfew, closed schools and universities and paralyzed large parts of the public transport system. The protests finally spilled over to the neighboring state of Tamil Nadu on Friday.

Wave of suicide among Indian farmers

For more than 120 years, the two states have been fighting over the 800-kilometer-long Kaveri River, back in the days of the British colonial rulers. Even after Indian independence, decades of negotiations between the two regions failed to bring an agreement. In 1990, the central government in New Delhi finally set up a water tribunal to resolve the conflict, and that too in vain. Especially the state of Karnataka, which suffers from regular periods of drought, feels disadvantaged under the current regulation. After six years of little rain in a row, the dams there discharge only just under half of their water volume. The rural population in particular suffers. Between 2014 and 2015, farmer suicides in Karnataka increased more than in any other state in India. According to government figures, over 1,300 desperate farmers took their own lives there, four times more than in the previous year. 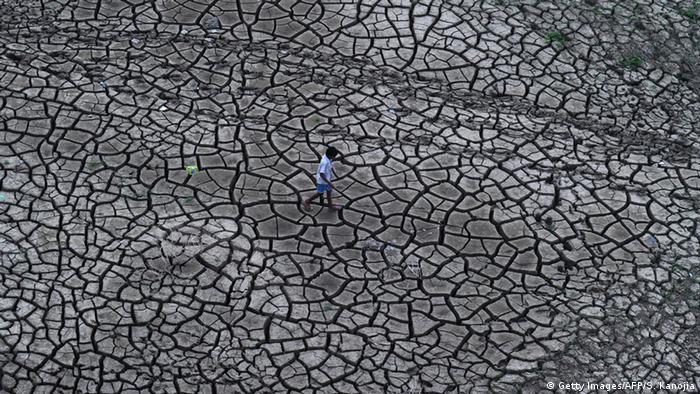 The distribution struggle between Tamil Nadu and Karnataka is only a preview of what is probably India's greatest national challenge. Within the country alone, ten latent water conflicts are simmering between individual federal states. In addition, India is also fighting over transnational rivers on five of its external borders. The most dangerous conflict is currently looming with China. Together, the two countries make up a third of the total world population.

The topic caused quite a stir at the Munich Security Conference in 2014. There it was said that India uses 37 percent more groundwater than it naturally receives. The country would suffer from "extreme water scarcity" that could endanger energy and food supplies.

Even if agriculture only accounts for eleven percent of India's gross domestic product, almost 60 percent of the more than 1.2 billion Indians are still employed there. The harvests depend almost entirely on the three-month monsoon season, during which up to 90 percent of the rain falls. However, this has shown noticeable irregularities in recent years. According to computer calculations by the Potsdam Institute for Climate Impact Research, the fluctuations during the rainy season will intensify in the coming years. Climate change could simply throw the Indian monsoons off balance. Hardly any other country is more affected by global warming than India.

This imbalance is increasingly threatening social peace in the country. In 2013, a team of researchers from the US Universities of Princeton and Berkeley examined a total of 60 different case studies on the subject of climate change and published their results in the renowned journal "Science". Their conclusion: the higher the annual average temperatures, the more extreme the rainfall in a certain area, the more often violent conflicts occur, both between individuals and between population groups. 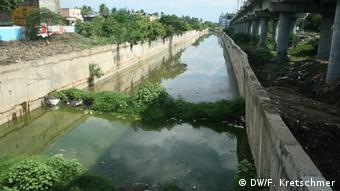 The journalist and environmental activist Nityanand Jayaraman documents the water situation in his hometown Chennai with 6.5 million inhabitants, the sixth largest metropolis in the country. The urban area has been criss-crossed by ponds and swamps for thousands of years, but since 1980 alone almost two thirds of the wetlands essential for the ecosystem have been built. Large parts of the remaining water sources are polluted by plastic waste and industrial drains. For some years now, Chennai has been oscillating between periods of drought and floods. The soil can simply no longer absorb the immense mass of water during the monsoon season. "Last winter we experienced a flood of the century in Chennai. Large parts of the city were under water," says Jayaraman, "that would have been a turning point for rethinking how we treat our water. But fatalism has triumphed for us."