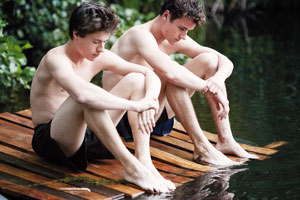 The 15-year-old sprinter winner (Gijs Blom) is to train with the new team member Marc (Ko Zandvliet) for a relay race over the summer. Afterwards the team go swimming at the lake. When the two are alone, Marc kisses him to his surprise - and Sieger returns the kiss. Sieger is a little more cautious and does not want to confide in his single father because he is already struggling with the older son Eddy. But how should Sieger deal with his confusing feelings and continue training?

What sounds well-known is, thanks to the convincing young actors, a really touching and edifying love story. Although JONGENS was shot for Dutch television by the experienced youth film director Mischa Kamp, JONGENS was shown at various festivals, has won several awards and has already been praised as a new classic.

"The result is painfully realistic work, a beautifully crafted story of first love ... The Dutch version of A Beautiful Thing." - Gay celluloid 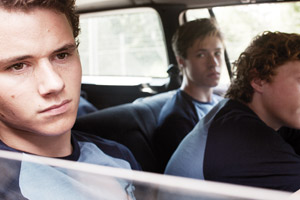