Can an 18-year-old learn programming

Because the students had to learn programming the hard way, they developed the Youth Programming Starter Kit: This includes a quick guide, hardware for the first project and an online platform for all questions. The understandable programming instructions are well received on Kickstarter. 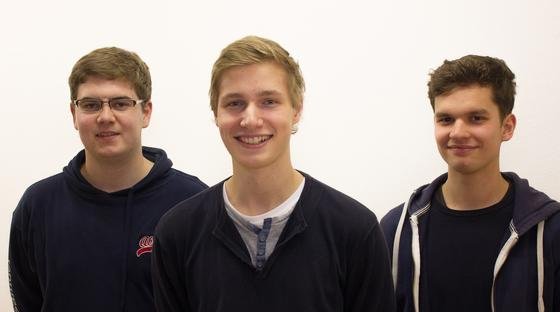 Samuel Brinkmann, Rune Piper and Thorben Grodon from Flensburg are roughly what typical programmers imagine. Since their early youth, they have been interested in the world of codes they dodged into, with more or less help from clunky computers and thick instructions. Many textbooks were incomprehensible or only available in English. And, according to the experience of the 18-year-old, newcomers to programming are not exactly treated benevolently with their beginner's questions on corresponding online platforms. These childhood experiences sparked a project with the aim of teaching young people programming in a simple, understandable and fun way.

Learn to program with the Raspberry Pi single-board computer

The students' vision: a better world in which everyone has easy access to programming. In a workshop for young people, the pupils were able to gain their first experience of how the basics of creating computer programs can best be passed on. Together they built and programmed a weather station with a Raspberry Pi. The single-board computer is small, inexpensive and is particularly suitable for learning. Now Brinkmann, Piper and Grodon have dared to use the crowdfunding platform Kickstarter, which has recently also been available as a German edition.

This is the starter kit from Jugend Programmiert: It consists of a connector system and cables, different colored LEDs, resistors, push buttons, temperature and air pressure sensors and a display. Young people can then program with the Raspberry Pi single-board computer, for example.

The youth programming starter kit on Kickstarter apparently hits a niche in the market. There are still three weeks to the end of the campaign and the financing target of 3000 euros has long been well exceeded with almost 6000 euros. The kit that the young programmers put together contains a connection board with a connector system and cables, different colored LEDs, resistors, push buttons, temperature and air pressure sensors and a display. A Raspberry Pi is not part of the set. Future programmers will have to buy one themselves.

The set is being offered for 35 euros, 250 of which will initially be available. The starter kit also includes the approximately 50-page manual. It should contain all the important information for a problem-free start with programming, including the most important commands for communication with the Raspberry Pi and an emergency plan in the event that your own program code does not work.

In addition, Brinkmann, Piper and Grodon want to set up a further online offer. “A lot of complex topics cannot be presented in book form. "We bring them to the world wide web in a clear, simple and witty way," says Kickstarter. It should be a blog in which complex topics are dealt with, but in which there is also the possibility of asking questions via a comment function. The community should answer this as quickly as possible, so that a novice programmer never has to feel left alone.