How did Robert Capa survive Normandy

The recordings are blurred, out of focus. And yet the eleven photos that Robert Capa took on June 6, 1944, the so-called D-Day, on the beach in Normandy secured his reputation as the most famous war photographer. Even 75 years after the end of the Second World War, they are among the images that are remembered worldwide. Capa was the only photojournalist to go ashore with the US soldiers during the invasion. He photographed her from behind at full speed on the "Omaha Beach", which the US military leadership called the French beach section, which was defended by German troops. Other shots, such as "The Man in the Surf" (see above), show soldiers lying up to their necks in the water or taking cover. A daring and courageous mission - but recently the creation of the photos and thus Capa's reputation as a war photographer was questioned.

"If your pictures are not good enough, then you are not close enough"

Capa's career began in the Spanish Civil War (1936-39), in which he photographed the fighting of the Republican troops against the Hitler ally General Franco. Together with his partner Gerda Taro, he established a new style of photojournalism by using small portable cameras to get close to the fights. The saying comes from Capa: "If your pictures are not good enough, then you are not close enough." Taro died while working in Spain in 1937. 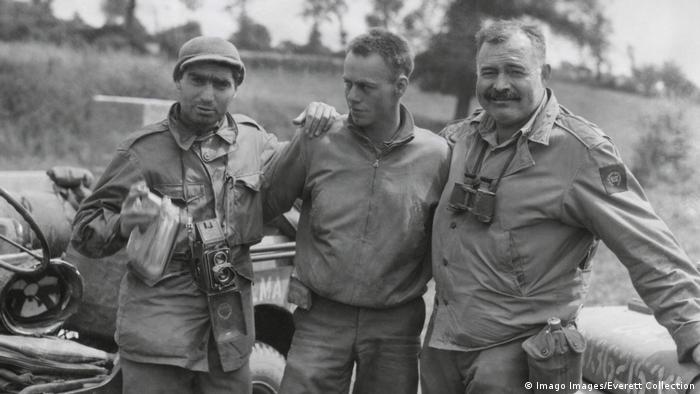 Know each other from the Spanish Civil War: Capa (l.) And Ernest Hemingway (r.) On the road with US troops in France in July 1944

Robert Capa, born in Budapest in 1913, had to flee from the National Socialists as a Jew. He went from Berlin to Paris, from where he kept going to Spain for his work. In 1939 he entered the USA on a visitor visa. Here he was able to use his good contacts to journalists, photographers and authors to get jobs. Robert Capa, who had taken on this alias while in exile in Paris and was actually called Endre Friedmann, was not the only war photographer of the Second World War. But he was considered - also within the Allied troops - to be particularly courageous and ambitious. In his book "Slightly Out of Focus", he reports - strongly fictionalized, as he himself writes - of his work in World War II, but also of his fear and drive. Capa wanted exclusive photos - and he really wanted to be a photo reporter during the Allied invasion. The US military accepted him into the small circle of reporters on the planned D-Day, even though he was a Hungarian citizen from a country allied with Nazi Germany.

On D-Day, for the then 30-year-old Capa, it wasn't just about surviving his mission. He also had to meet the editorial deadline. The film rolls had to be brought back to London from the French coast across the canal. There they were developed and the military censor had to give his okay. A plane was ready to fly the negatives across the Atlantic to the US magazine "Life", for which Capa worked. 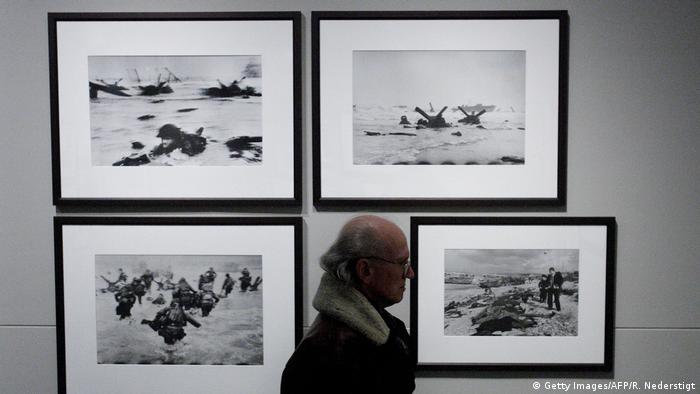 Capa's pictures from D-Day can be seen regularly in exhibitions

While Capa's recordings were on the way to New York, where the texts for the pictures were also written, he stayed with the advancing Allied troops. Capa's photos from D-Day are not only among the most famous images of World War II, they also contributed significantly to his reputation as an excellent war photographer. Before D-Day, he photographed the fighting in North Africa and the advance of the Allies in Italy, among other things. In 1947 US General Dwight D. Eisenhower presented Capa and 19 other correspondents with the Medal of Freedom.

Robert Capa - jumped with the parachute over Nazi Germany 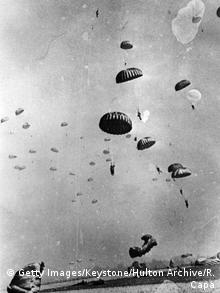 Capa photographs US paratroopers landing in Nazi Germany in March 1945

After the invasion of Normandy, Capa was in a military jeep on August 25, 1944, when his beloved Paris was liberated. In March 1945, near the German city of Wesel, he jumped from behind the enemy lines of the Germans together with US paratroopers. Capa did not photograph the fight for Berlin. "There was another story for Capa that he wanted to photograph - the liberation of Leipzig," writes Alex Kershaw in his Capa biography ("Blood and Champagne - The Life and Times of Robert Capa").

Capa did not come to Berlin until the end of the war in the summer of 1945 and took pictures of the liberated city and its people. Also there: the Swedish Hollywood star Ingrid Bergman. The love affair between the two began in ruined Berlin and ended in early 1947.

What exactly happened on Omaha Beach?

The myth of the war photographer Robert Capa has been questioned again and again. For example, author Allan Douglas Coleman started a blog (capadday.com) in June 2014 in which he and others try to follow the events on D-Day. In it, the creation of the images from D-Day, which has been told to this day, is in part called into question.

In summary, the criticism based on the research is that Capa was later than previously stated at Omaha Beach - at a time when the worst fighting was already over. He also didn't stay on the beach as long as previously assumed. Capa is said to have taken significantly fewer photos than stated of him. Possibly only the eleven known recordings. And: The story of the "Life" editorial team that the other films were destroyed by heat by a photo lab technician in London is not technically possible.

Did Capa only take the famous eleven recordings on D-Day?

"Life" editor John Morris, who died in 2017 and was responsible for the publication of Capas Normandy photos in 1944, told journalist Christiane Amanpour on CNN in November 2014 that apparently the three melted film reels had never been recorded. "Experts recently said it was impossible to melt the film coating like this - and that he never took pictures with it," said Morris. "Today I think it is entirely possible that Bob just packed up all of his 35mm films and sent them to London, knowing that one of the reels of film had the pictures he took that morning."

Irme Schaber, biographer of Capa's partner Gerda Taro, considers it “not inconceivable that Capa garnished the possibly meager yield from Omaha Beach with curious stories that were supposed to distract and attract attention. He had no qualms about that, that's well known Capa's military was never that important either, for him the human aspect was in the foreground, "said Schaber in an interview with DW. In 2007 she curated the first Gerda Taro exhibition together with the International Center of Photography, which manages the Capa estate in New York.

Ongoing discussion about "The Falling Soldier" 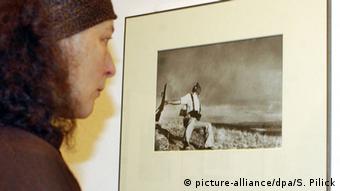 "The Falling Soldier" - a photo icon by Robert Capa

Capa's famous photo "The Falling Soldier" from the Spanish Civil War was first questioned in the 1970s. To this day, the question is whether the picture was real or whether the soldier's death was simulated at the moment it was taken. What is certain is that Capa and Gerda Taro did not see themselves as uninvolved observers in the Spanish Civil War, but instead sided with the Republican troops and people against Franco.

Author Schaber says: "The photo of the 'Falling Soldier' ​​is a didactic piece of media history that raises questions far beyond the photographer Capa. This ongoing discourse is necessary and exciting and ensures that this early icon was transferred instructively into the digital age. " In both examples, including the images from D-Day, the question of the truth is particularly difficult in war.

Understanding the hours of June 6, 1944 at Omaha Beach is difficult and not complete. To this day it has not been finally clarified who the man in the most famous Capa photo of a US soldier in the surf is. Both Edward Regan and Huston Riley recognized themselves in it. Schaber, who herself researched the history of Gerda Taro for a long time, considers research into photo and military history, such as for D-Day, to be necessary and important even today.

"Robert Capa was a great artist and photographer" 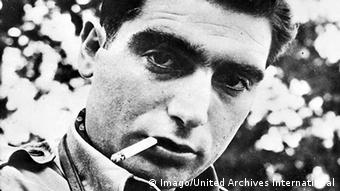 Robert Capa in the Indochina War 1954

For Capa biographer Kershaw, questions about the creation of the pictures change nothing. "They are the best pictures from D-Day and they were real. They are fantastic," Kershaw told DW. That wouldn't change anything about Robert Capa as one of the most famous war photographers, says the journalist and author: "He was a great artist and photographer," says Kershaw, a "rock star" of his time. 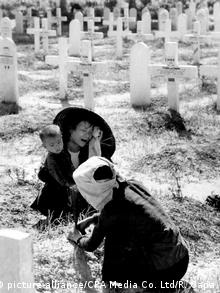 After the Second World War, Capa founded the Magnum photo agency together with the photographers Henri Cartier-Bresson, David Seymour (Chim) and George Rodger - it is still one of the most renowned. Capa photographed two other wars: the first Arab-Israeli war after the founding of Israel in 1948 - a work that was very important to him - and the French Indochina War (1946-1954). Capa is said to have always decided exactly for which war he risked his life as a photographer and for which not. He didn't really want to go to Indochina. Why he still drove remains an emotional question, writes biographer Kershaw. One suspicion is that he missed work in the war. But Capa, the player, was also in dire need of money. Perhaps he also wanted to renew his reputation as a war photographer, so another thesis.

On May 25, 1954, the 40-year-old accompanied a French unit in action against communist Viet Minh soldiers. He went into a field a little to the side, stepped on a mine and was fatally injured. He is said to have still held his camera. If biographer Kershaw had the chance to meet Capa today, he would have two questions: "Was the risk worth it to die at 40?" And: "How is it when Ingrid Bergman is madly in love with you?"